Regular readers will recall the fierce parliamentary battle over the Housing and Planning Act, which came into law this May. In the Lords, peers launched a raft of unsuccessful amendments to try to water down the “reforms” of social housing.

The final Act included pay to stay, requiring higher-paid council tenants to pay a higher rent, a “voluntary” right to buy for housing association tenants, with the discounts paid for by a forced sale of higher value council properties, and the end of lifetime tenancies for council tenants, to be replaced by fixed term tenancies.

Almost every section of the 218-page Act requires ministers to issue detailed regulations to put flesh on the bones. But seven months on and only one set of regulations has been issued – to protect green belt land – while officials have admitted that the extension of right to buy has been stalled due to Brexit(£).

Many housing commentators believe that some of the hardline measures in the Act are now starting to crumble and will never see the light of day.

This week, the new housing minister Gavin Barwell announced that he was scrapping the pay to stay proposals and that councils and housing associations will instead continue to have discretion on whether to charge higher rents.

The voluntary right to buy and the sale of higher value council properties go hand in glove. Tenants will not be able to buy their homes if councils do not bring in enough income from sales, but expert opinion says that when this measure was included in the 2015 Conservative manifesto the figures were worked out on the back of a fag packet. When a council sells a higher value vacant property it is supposed to fund five separate items – pay the administration costs of the sale, refund the debt on the property, provide a replacement property, pay the Right to Buy discount, and support a brownfield regeneration fund.

When John Perry at the Chartered Institute of Housing looked at the figures he estimated that higher value sales would bring in between £1.2bn and £2.2bn a year, much less than the £4.5bn assumed by the Conservative party. The lower figure of £1.2bn would fund only half the amount needed for right to buy discounts and although the higher estimate of £2.2bn would fund discounts in full there would be no money left over to replace the sold properties. 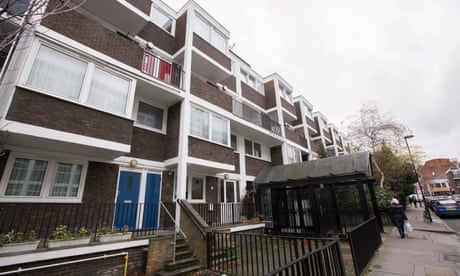 But although the Housing Act might be crumbling, many social housing tenants still face an uncertain future.

In scrapping the pay to stay Barwell made it clear that local authorities will need to be rigorous about renewing fixed term tenancies and that social housing “should be targeted on those on lower incomes.”

On top of this, the cap on overall benefits of £20,000 (£23,000 in London) will affect up to 150,000 households and perhaps 500,000 children. Families who are forced to pay very high rents will have to decide whether to pay their rent from their other benefits or to move to cheaper, often less secure housing.